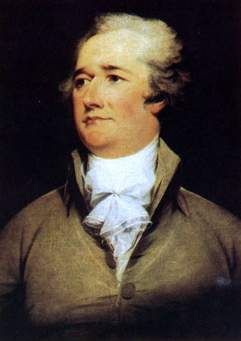 THANK YOU PRESIDENT OBAMA FOR KEEPING

Although Alexander Hamilton was born and raised in the Caribbean – Nevis and St. Croix – no Caribbean-American leader evidently joined the campaign to keep Hamilton on the $10 bill. On August 23, 2015, EVERYBODY’S Magazine sent a letter to Lew’s boss, President Obama, asking him “to reject Secretary of Treasury Jack Lew’s proposal.”

Many readers were not aware that one of America’s Founding Fathers was a West Indian. Some readers were impressed with our article and letter to President Obama; they ordered extra copies of the April edition. It’s not too late to get it.

Did the April edition of EVERYBODY’S convince him?

Did the White House by forwarding EVERYBODY’S Magazine letter of August  23, 2015 to Lew caused Lew to change his plan?

Many groups and individuals are taking credit for influencing Lew to reverse his ridiculous idea including the cast, producers and patrons of the Broadway play,  “Hamilton.” We at EVERYBODY’S and Herman Hall Communications accept praise too.

This is not the first time that EVERYBODY’S has influenced a major decision in Washington, DC. In the early, 1980s when President Ronald Reagan sent his Caribbean Basin Initiative Bill (CBI) to Congress 400 copies of EVERYBODY’S focusing on CBI was purchased by the executive branch to forward to each member of Congress.  The bill was passed and that’s a reason one can now easily purchase Caribbean food items and rums in the U.S.  After CBI was passed EVERYBODY’S received a letter of thanks from President Reagan.

Want to read EVERYBODY’S Magazine letter to President Obama! Want to read about the West Indian-Alexander Hamilton! Download the April edition for only $2.  www.everybodysmag.com

Had President Obama accept EVERYBODY’S idea to create a $25 bill – Donald Trump would not be complaining about Harriet Tubman.