EVERYBODY’S Mag. is confirming the death of Hopeton Lewis, one of Jamaica’s great entertainers. He had massive hits in the 1970s. He became a born-again-christian and specialized in gospel music until his death. Hopeton passed at his home in Queens, NY after years of prostrate issues. His last performance, in June, was covered by this magazine. He sang one song since he was released from a hospital a few days before. 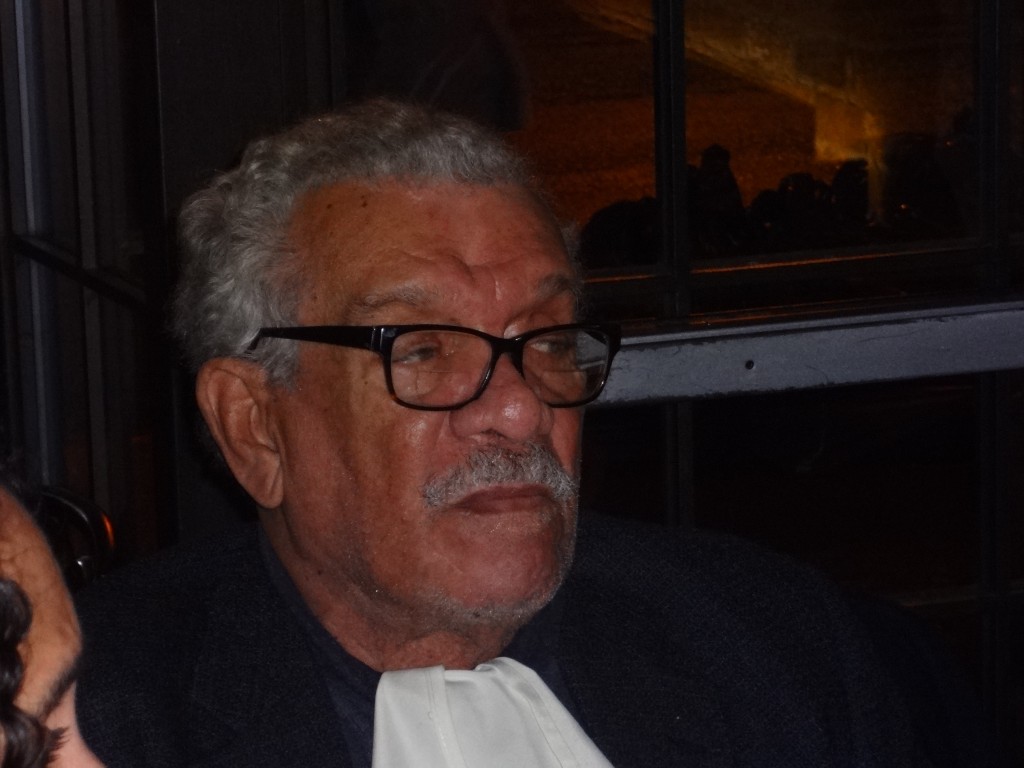 “Port of Spain or Castries, No Greeting Is Casual

No matter how busy, they stop to talk, to friends, strangers, to anyone who happens to catch the eye. There is so much crime today, they are a bit more wary, but they find time to discuss good fortune, to ask about yours. Sometimes they tell the whole story, even the part about a daughter’s disgrace, about a son for whom they have no money for lawyer, about one who is on the verge of getting into college.

I ran into a store to shelter the rain, and a woman asked me if it was raining. I saw the drops on your shirt, she said, and I wasn’t sure if it was rain, or a pattern on the material. See? It looks like a pattern.    And she turned to others around and they confirmed, yes, it look like a pattern, but is really rain. Further down the road my mind would be taken up by sight of the security guard in front of a jewelry store, by the size of the bore of his rifle. And later by the cloud over the city, the stifling smell of yellow fumes coming from an area near the city dump, where bad boys from gangs were staging some kind of standoff.

And in the taxi on the way home, the driver pointed out a man who he said played the most beautiful chords on the church organ on Sunday, but who the rest of the week drank heavily, till one of his daughters had to find him wherever he was and bring him home. And I remember my neighbors asking, how is your father, and that thumb cut off by the train, how are the goats he has decided to mind?

And I looked at my shirt from which the pattern had disappeared and it occurred to me that this is where poetry begins, in an observation captured before it disappears for good, given with the honesty of a woman wondering if it was raining in truth, a witness. That someone will call out, like the passenger on the bus in Walcott’s Light of The World to remind us that we left something behind, mister, your cigarettes, while we wish they were calling us back for something more.

This, more than ambition, is what makes a man close the door to his room, even as the world outside calls to say how good he is, sends tickets to bring him across the globe to receive prizes, the Nobel included. It sends him back to a window from which he can see his father show a young boy a line of women climbing the hills for anthracite, the pattern and weave and rhythm of their walk as they crisscross, how his verse should be true like that, like the weight balanced ever so lightly on their heads; close the door to what he says is “the hardest prison ever”, the prison of verse, as his friends have also testified, like Brodsky out of Russia, saying the world is hard all over, might as well try the States, the line in the poem Forest of Europe speaking of poetry as “the bread that will last after all systems have failed”. It is what makes him close the door and assume the position of prayer, whatever that is, standing, kneeling, sitting, and begin the next line, the next stanza, about a man like an egret, standing still in thought.

For it is never finished; this work is never done, because the light of the world will slant differently on a different morning, and who is to see it, who is to find the right metaphor, who is to listen to the voice in the community observe that it must be raining, I can tell by the pattern on your shirt, it’s new, like a new Caribbean, a new America, for ourselves and for those, as Stephen Vincent Benet said, who are to come.

To you, Derek Walcott, for time spent in the service of verse, for the miracle of achieving ordinary speech, in thousands of poems that are simply, prayers, for the next poem, and the one after that, this award- The W.E.B. DuBois Award, presented on behalf of Medgar Evers College, CUNY, at this 10th anniversary of the Black Writers’ Conference, 2014.”

Mervyn Taylor is a Trinidad-born poet who divides his time between Brooklyn and his native island. He has taught at The New School and in the New York City public school system, and is the author of five books of poetry, namely, An Island of His Own (1992), The Goat (1999), Gone Away (2006), No Back Door (2010), and The Waving Gallery (2014). He can be heard on an audio collection, Road Clear, accompanied by bassist David Williams. 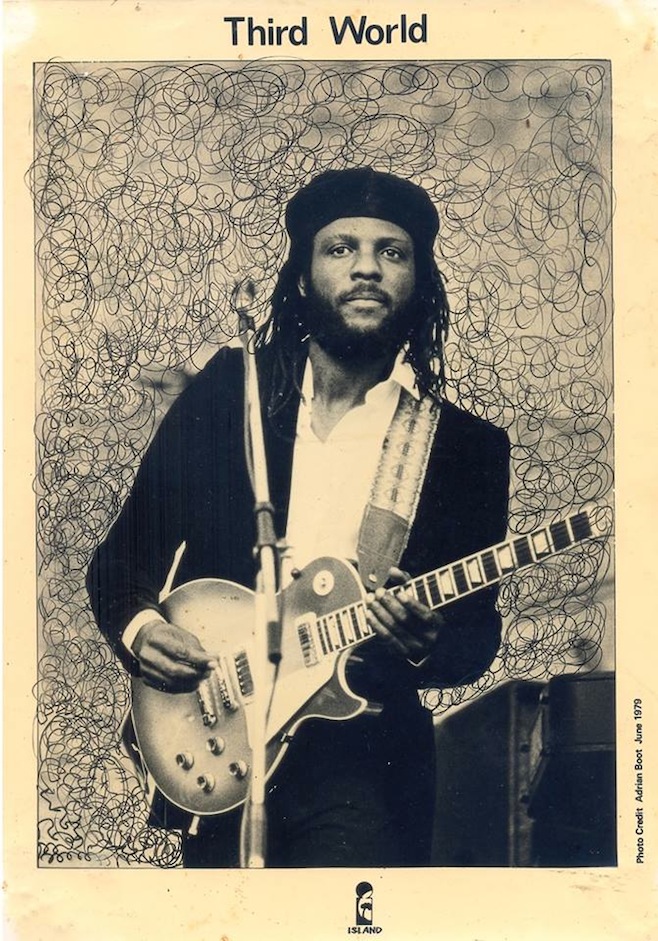 Bunny Rugs whose real name was William Clarke, a popular member of the famed Third World reggae group, died at his home in Florida after a long fight with Leukemia. He was 65.

Bunny Rugs as he was known worldwide was a pivotal member of Third World when the group became famous with their 1978 hit, “Now that We Found Love.”

“He had a charisma and stage presence that were spellbinding, with a vibrant smile,” remarked Lisa Hanna Jamaica’s Minister of Youth and Culture.

“Bunny Rugs will always be remembered as one of the truly talented and devoted pioneers of Jamaican reggae music, and as one of the finest voices to have grace the Jamaican music landscape,” said Olivia Grange former Jamaican Minister of Youth, Sports and Culture.

Grange, a promoter of reggae music when she resided in Canada in the late 1970s, once sent a package of Third World bios and records to EVERYBODY’S Magazine. The young lady who brought the package direct to EVERYBODY’S and it was her first trip to NY was Carleen Davis who Grange was nurturing.

Rugs recorded more than 20 albums with Third World beginning with the mega hit of 1976, “Ninety-Six Degree In The Shade.”
At the peak of Third World in the late 1970s and through the 1980s, the group graced the cover of EVERYBODY’S on several occasions.

On the 20th anniversary of EVERYBODY’S Magazine in 1997, Third World performed at the magazine’s gala at Avery Fisher Hall, Lincoln Center in New York City. When the group was invited to 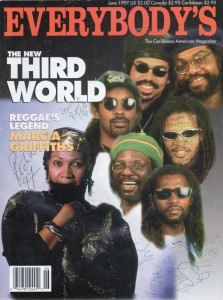 perform both Bunny Rugs and Steven “Cat” Coore, another member of the group, said they were honored to be part of the celebration since they appreciated all the features and interviews the magazine did with them over the years.

William Clarke “Buny Rugs” is survived by his wife and children.