On Tuesday, January 3, 2023, photographer Nolan Patterson and I observed the 46th anniversary of EVERYBODY’S Magazine by visiting the New York Historical Society near Central Park in Manhattan to view the exhibit, Black Is Beautiful -The photography of Kwame Brathwaite. 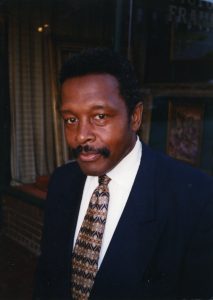 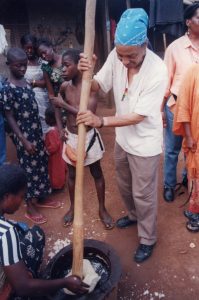 BRATHWAITE CAPTURES PREPARING FOR A MEAL IN GHANA 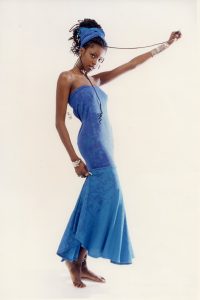 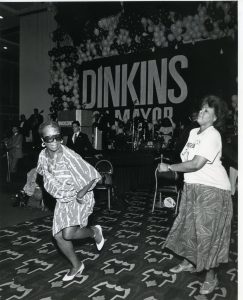 The New York Times, CBS Evening News, PBS, and various New York TV channels had already reviewed the magnificent exhibit. (See pages 6-7 for the Historical Society introduction of Kwame Brathwaite). While the exhibit at the centuries-old Historical Society may be construed by many as the highest point in Brathwaite’s career, over the years, his work appeared in many high-profile exhibits and photography galleries across the U.S.

Kwame Brathwaite is one of America’s greatest photojournalists of the 2nd part of the 20th century and into the 21st century. For over 30 years, Kwame provided his images of worldwide events to EVERYBODY’S Magazine.

The years of Covid 19 prevented me from visiting him, but he has always been in my prayers. As thousands of visitors at the Historical Society enjoy the exhibit, the 85-year-old Brathwaite is hospitalized. Kwame, I thank you for inspiring me over the decades and giving me multiple reasons why Black publications such as EVERYBODY’S cannot afford to fold.

Kwame and his late brother Elombe Brath vehemently promoted Pan-Africanism. Elombe established the Patrice Lumumba Coalition aimed to eliminate apartheid in South Africa and colonialism in Angola and Namibia. One of their grandparents was active in the anti-colonial movement in early 20th-century Barbados. Like Harry Belafonte, the late Gil Noble of WABC-TV, Kwame and Elombe’s parents met at a Marcus Garvey event. One of the images at the Historical Society Exhibit is a Kwame photograph of a Garvey Rally in Harlem in the 1960s.

The Black Is Beautiful -The photography of Kwame Brathwaite represents a tiny fraction of Kwame’s work.

The days after January 3, 2023, I opened cabinets filled with hundreds of photographs, especially those of Kwame, the late Lloyd Patterson, and Roger Hayden Celestine. The late editor Patricia Boothe organized folders with countless photos that had not been opened in years.  (Folders with countless photos were organized by the late editor Patricia Boothe and have not been opened in years.) I overcame with tears as I fully understood the sacrifices and commitments those stalwarts made to keep this magazine for 46 years. Emotions further overwhelmed me as Sikolo, Kwame’s wife, who stays all day at his bedside, told me how Kwame often spoke about me, the magazine and the Caribe Fete.

Like the New York Historical Society exhibit, the photographs in this edition represent a mere glimpse of Kwame’s body of work.

WE NEED YOUR HELP

For 46 years (Jan. 1977-Jan 2023), EVERYBODY’S, the Caribbean Magazine, existed without consistent significant advertisers. We thank our readers. Can you kindly send us a donation? Go to