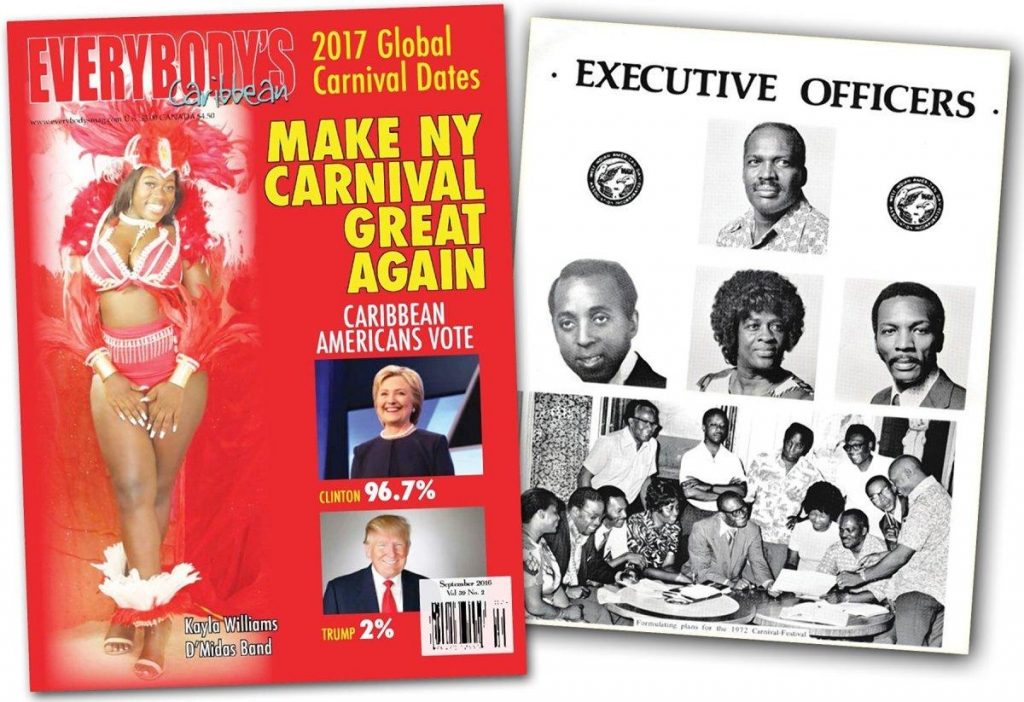 Costumed Di’Midas mas band member Kayla Williams dominates the cover of Everybody’s September issue. Hall, who worked with the West Indian-American Day Association in its early stages, has passionately crafted the issue to examine the beginnings of the New York carnival — from the traditional pre-Lenten indoor events in Harlem during the 1920s to its revival and growth in Brooklyn.

There are rare photos of the first carnival on Eastern Parkway in Brooklyn and gatherings of WIADCA’s members are in the issue, in addition to an article on Caribbean-American voters and the leading presidential candidates — Hillary Clinton and Donald Trump.

Everybody’s Caribbean magazine is available in print and digital versions by visiting www.everybodysmag.com/magazines