Castries, St. Lucia, Feb 21:   Prime Minister Kenny Anthony paid tribute to Sir John Compton who led Saint Lucia into independence 35 years ago, Feb. 22, 1979. The speech, Celebrating Our Past,” was given at the unveiling of a statue of the late Sir. John Compton at Constitution Park on the eve of Saint Lucia’s independence. 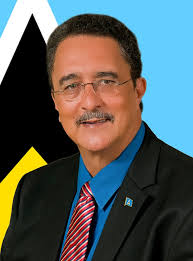 “Think of the Taj Mahal of India, the Sphinx of Egypt, the Mona Lisa held in the Louvre Museum, Mount Rushmore and its presidential features, the Statue of Liberty in New York Harbour. Statues abound in every city square around the world. They tell a tale of achievement, of courage and of honour. They proclaim the progress of nations and identifies the character of the people they represent.

In this instance, this statue which we will unveil is part of the story that is our history – that long road from discovery to self-determination; of our achievements from colony to independent statehood; of our progress from underdevelopment to a developing and diversified country; of our character from a politically tribal to a maturing democracy. This unveiling is helping define a new Saint Lucia which is at peace with its past.

THIS MONUMENT DOES NOT INDEMNIFY

Here in the heart of Castries, this place of honour we unveil today should not be conjured or confused in our minds as the summation of the man, the leader, the statesman, that was John Compton.

No! All of Saint Lucia knows better. He was and will always be more than a park and a monument. 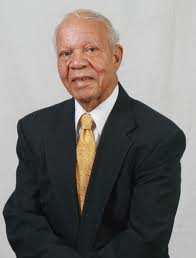 Saint Lucians are also cognisant that this monument does not indemnify or repay the untiring, unyielding will that this soul from Canouan carved into the landscape of Saint Lucia and in the psyche of its people.

HIS HISTORY CANNOT BE DIMINISHED

This monument will remind all Saint Lucians of the life and stories which can be told of John Compton. It will allow the story to be retold more often to those who did not know him, who were not of his era.

Sixty years ago this year, a young John George Melvin Compton was immersed into what would be his baptism of Saint Lucian politics, into what would become a life-long, unequivocal vocation. A decade on from then, in 1964, and following his sojourn and irreconcilable differences with the Saint Lucia Labour Party of the day headed by Sir George F.L. Charles, he branched out boldly to form the National Labour Movement (NLM) which merged with the People’s Progressive Party (PPP) to form the United Workers Party; an entity through which he championed his vision for Saint Lucia. As such, this year is perhaps a fitting one within which to unveil this lifelike epitaph of bronze.

John Compton was the ‘Father of Independence’. He completed a process of self-determination that stretched from the resistance of the Amerindians against the arrival of Europeans, the rebellions of the slaves against slavery and the rejection by George Charles against colonial disenfranchisement. George Charles fought for our right to vote and have our own political leadership effectively ending direct white rule. John Compton completed the circle of decolonisation by leading us to achieve the right to decide our own destiny.

But more than carrying us over the line of self-determination where we could proudly state we are now independent, able to stand and join other nations as an equal, John Compton gave his life pursuing a vision for the development of Saint Lucia. His achievements in leading Saint Lucia from a colonial backwater to a developing state, speak of a man who was resolute, committed, and relentless in his efforts. It took a lot of character, dedication and visioning to tackle the colonial ills of poverty, illiteracy, malnutrition, disease and backwardness.

This park should be rightfully seen as a place of respect and honour for a man who gave so much of his life in the service of Saint Lucia.

Citizens of Saint Lucia, at the cusp of our anniversary of Independence, we have come together as a nation to publicly honour the life of service of John Compton. This ceremony is neither beatification nor sanctification, for we are mindful enough of the tribulations that is the theatre of politics and the troubles, tragedy and toils of its actors.

Yet, our politics, this clashing of contending sides within our country must be noble enough, courageous enough – and courteous to a fault – so that we might embrace such moments of undeniable unity.

DIFFERENCES SHOULD NOT DENY GOODNESS

In truth, I trust that we should know that there lies no shame or hypocrisy in the leader of one political party paying homage to the honour of another leader, even as they might once have been political adversaries. At the end of things, if such homage is due, then it should never be denied. All politicians have faults, but such blemishes should not deny the goodness of character and strength of heart of each.

If we cannot emulate this, then what sense is there when we meet only a few yards from this place in Parliament, to speak to the honourable business of the people?

Today, I ask you not to perceive yourself as a member of the Saint Lucia Labour Party; nor as a member of the United Workers’ Party, or of any political group for that matter. Rather, we are here this evening to declare we are simply Saint Lucians, gathered to celebrate one of our heroes.

Indeed, this applies not only for today. Rather, on all days, we should think first of country and its wellbeing before political hue.

This monument, thus, is to remind us not just of the man, Sir John. Instead, it is a reflection of ourselves, a mirror of our heritage and achievements. This monument is not for Sir John Compton, nor even is it for his family. It is primarily for the people of Saint Lucia, for those who might not have known his form and feats of fame.

It is to remind us all of our past, of our struggles, of our stern and starved nights of pain, and then of our triumphs, to trace our dawns of brighter, more peaceful, more beautiful morns.

A TOOL OF LEARNING

It is this past which Sir John has so undeniably shaped and caused to alter from the dark days of colony to our maturing years of statehood and independence. We owe it to our youth as a tool of learning and instruction.

Thus, this monument serves to the child, to the school group, to the passer-by, to the many who find Constitution Park their place of rational thought, of worship or preaching or of diatribe, as an aide memoire of all these indelible moments and institutions that we must cherish.

I speak of independence. I speak of our right to govern and determine for ourselves, as best we can. I speak of our cherished values enshrined in our Constitution, for which we must hold onto dearly.

Sir John cherished these for he undoubtedly fought for their realisation.

On this year of our thirty-fifth anniversary of Independence, we cannot stretch out to glad, new, brighter days if we are not at peace with our past, if we cannot celebrate our past. Nor should we parry to the past our ignominious and wanting faults without accepting them. We will find it difficult to champion a new world for ourselves if we disregard and depreciate our heroes.

AN ALLOY OF METAL

This alloy of metal, this statue – while exquisitely and superbly formed and cast as it may be – does not capture the memories that Sir John Compton has himself sculpted in the minds of many; particularly the people of Micoud, who knew him lovingly as Daddy Compton.

Some may well argue that he would perhaps not have approved such a form of remembrance, for he was a man of frugality and practicality. And it is true, indeed, that he believed in memorials that did things for people: a dam that provided people with potable water, a highway that linked the city with the suburbs, and so on. I think no one would debate such economy of resources, and these things have been named in his honour.

ANOTHER PRICE TO BE PAID

Yet, there is value even in this small gesture, and I am sure he would have been proud of it because he might interpret it as an elevation of the Saint Lucian patrimony. Or, perhaps grudgingly, he might accept it as just another price to be paid by the politician in the vocation of service in politics.

FOOTSTEPS AMIDST THE FIELDS

Whatever may have been his true feelings, there is value in having a place of physical memorial that people might gather and pay homage to his memory and achievement. His favourite places, no doubt will be cherished by his family and close friends: his home at Moulin-a-Vent, walking his footsteps amidst the fields at Mahaut, and so on. Indeed, there are few places in Saint Lucia where his feet had not walked, where his hands did not do work.

And even while this is the case, this landmark brings to focus our memory of this courageous man. He did walk through here without fear, interacting with people whether in moments of calm or of political turmoil and upheaval .

And so, this statue completes Constitution Park, with the bearer of the constitution document in his hand. Perhaps he might suggest we plant a banana tree nearby as a memory of him, but I am sure Lady Janice would agree only if it maintains the aesthetic and character of this green space. And while he might have preferred us to remember him by his simplicity and humanity- his green F.A.R., his voice always filled with prose, his kindness and humour, we are duty bound for our own posterity to remember him for his national legacy.

And so tonight, at this temporal confluence filled with anniversaries, in this spatial intersect of Parliament and the Courts, the Castries City Hall and William Peter Boulevard where he worked professionally and politically, we find a place to let his memory find resonance in the minds of the Saint Lucian people. Let our nation find balance in his midst. Let our nation find peace about this place.

To Lady Janice and your children, Sean, Jeanine, Maya, Nina, Fiona, Saint Lucia says thank you for allowing us to share with you and to shine in Sir John’s legacy.