Cro Cro, a three-time National Calypso Monarch and a hardcore member of the Opposition People’s National Movement (PNM), frequently said he would not open his tent this year due to financial difficulties and the government decision not to give financial assistance.

Someone came to Cro Cro’s (Winston Rawlins) rescue and the People’s Tent was opened at the Ambassador Hotel, St. James. At the Tent’s opening Cro Cro invited Denisha and hubbie Dr. Devon Gardner on stage to announce that it was the Jamaican couple who were mainly responsible for saving his Tent because they led the campaign to raise the funds. The Jamaican couple got standing rounds of applause.

For non-calypso fans, a calypso tent is not really a tent.  They are nightly mini-concerts  staged in buildings, not in tents, during the carnival-calypso season.

About 150 years ago, during the carnival-calypso season, the calypsonians sang under real tents made from leaves, bamboo and old clothing to prevent them from getting wet. The name stuck. Modern calypso tents are in air conditioned buildings.

Historically relations between calypsonians and governments have been tense. Colonial governors took the liberty of banning tunes if the colonial government was criticized.

In the post colonial era, governments are not as repressive towards calypsonians. Governments finance calypso tents even though some calypsonians performing in the tent may be against the government and compose songs ridiculing the government and its leaders. The 2013 National Monarch of Trinidad & Tobago Pink Panther is active within the PNM and ran for public office as a PNM. 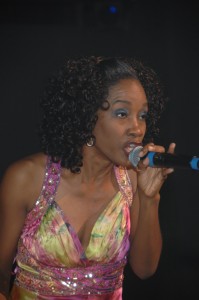 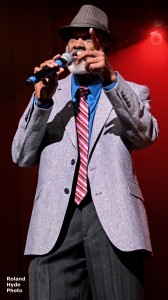