Gypsy Resigns from Government and UNC 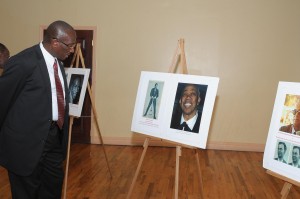 Almost on the eve of Trinidad & Tobago’s national election Winston “Gypsy” Peters, well known calypsonian, member of Cabinet and Minister of Community Development, has resigned his portfolio and as a member of the governing United National Congress (UNC).

Gypsy who was a senior member of the UNC for decades and supported Kamla Persad-Bissessar long before she became prime minister is very frustrated. His candidacy to continue to serve the constituency of Mayaro in  Parliament was rejected so he can no longer run for the Mayaro seat as the UNC representative.

Winston “Gypsy” blames Prime Minister Kamla Persad-Bissessar for not supporting him. He called her “conniving” and an “ingrate.” 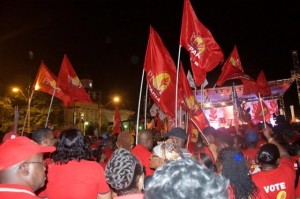 National election is scheduled for September 7. It is a very close race between the UNC and the Peoples National Movement (PNM) led by Dr. Keith Rowley.

Photo: A PNM election meeting. It ws the PNM led by Dr. Eric Williams who led T&T into independence on August 31, 1962.