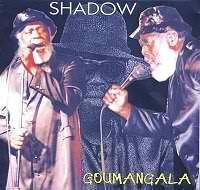 Brooklyn Celebrates the Life and Works of Shadow and De Fosto

When, with a moving and evocative rendition of Shadow’s “One Love”, Count Robin and a host of artists including Ajala and Dr. Witty, brought down the curtains around midnight, the audience didn’t leave. Robin’s ability to invoke Shadow’s spirit while capturing the master’s persona, not just the broad-brimmed hat and all-black attire but his distinctive moves, left attendees speechless and motionless as if possessed by Shadow’s “Jumbies”… wanting more calypso.  And, as if in a Shadowesque trance, Yvette Rennie, president of the J’ouvert International; Dr. Lawrence Waldron, facilitator of the Shadowlingo blog; Raymond Luke, Chair, Sesame Flyers Int’l.; Donna Cox, T&T NY Consulate; Roger Toussaint, leader of the 2005 Transit Strike which brought the city to a standstill; and many of the 350-plus crowd lingered at the November 14, Brooklyn Tribute to Winston (Shadow) Bailey and Winston Scarborough, De Original De Fosto Himself. 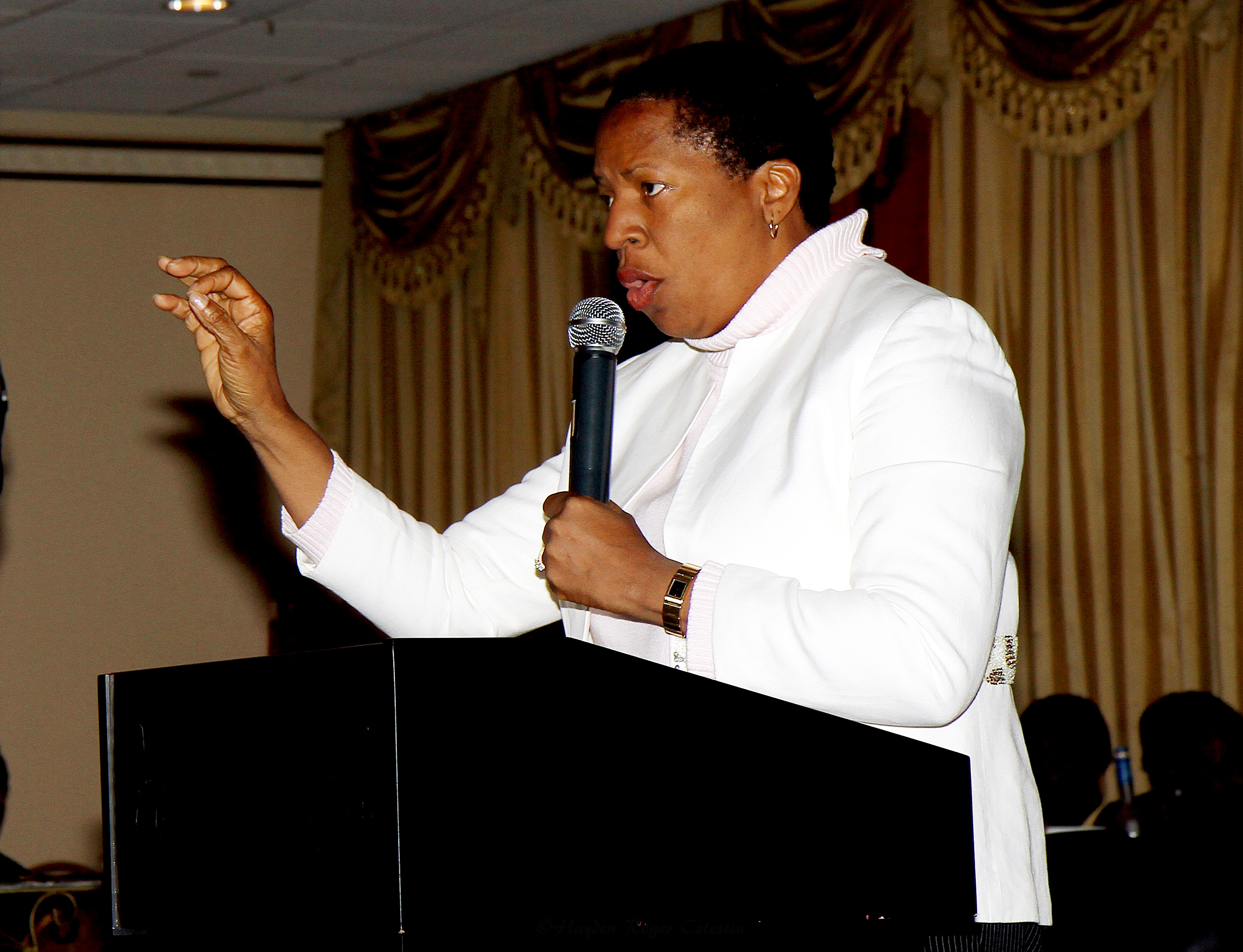 Even five hours of calypsos, speeches, poetry and, yes, steel, didn’t seem a sufficient honor for our recently departed titans. Everybody had a unique De Fosto or Shadow story to relate: In telling hers, Penelope Beckles, T&T’s Ambassador to the UN,  placed Sparrow, who was in England for the London Windrush Celebration, center stage at the Tribute with her stellar, impromptu a cappella performance of “Memories”, inducting Shadow and DeFost into Sparrow’s evergreen anthem. And, not unsurprisingly, a riddim section added a touch of iron(y) to her soloing!

The Ambassador’s feat–a high point of the evening–left the audience spellbound as many equated it with President Obama’s 2012 crooning an Al Green classic. Indeed, November 14 unfolded as an evening of joyful revelations and deep soul searching as only the celebrated artists would have imagined it.

Highlighting the reach and pull of Shadow’s appeal, Charlie Simpson, one of the individuals responsible for carrying Trini-style carnival to Jamaica and the first promoter to invite Shadow to Jamaica revealed the selfless “Flip Side” of the Bassman. Applause broke out when Simpson publicized that Shadow didn’t accept payment in his early visits to Jamaica, viewing it as his contribution to spreading the Gospel of calypso/soca while fomenting a “Caribbean Connection” in keeping with the spirit of his, and Bob Marley’s, “One Love”.

And, perhaps the only wrong note of the evening was a speaker who in paying homage to Shadow suggested, in all seriousness, that the Jamaican promoter should now pay Shadow’s family/estate for his prior services: An apparent underappreciation of Shadow’s chi—a spirit which may well have helped in laying the foundation for a more friendlier dance throughout the Caribesphere.

Malcolm Jack, Shadow’s nephew, who teaches at Medgar Evers College, spoke of the Bassman’s deep commitment to family, forged in his formative days on his grandparents’ farm in Les Coteaux—the fount of much of his art. And, listening to Pan Ivory’s Lennox Philip, cultural ambassador extraordinaire, ramajaying with “Is it Well With My Soul”—even inducing a dancer to chip across the floor– one imagined a musical duel with De Fosto belting out “Play Mr. Pannist Play”  and Shadow responding with “Ah Hearing Pan”—his praise song to Charlo, “The Hammer”. Philip’s deft presentation was a remarkable pan-salute honoring two revered composers who often celebrated the pan in their works and beyond.

Demonstrating a “Trini 2 De Bone” pose, Donna Cox, in her heartfelt reflections, sampled a key feature of humorous calypsos of turning the joke on oneself. She revealed that, as a youth, De Fosto tried to recruit her as a backup singer and of her regrets later on for not taking up the offer–even after becoming a government official and developing a deep appreciation for De Fosto’s cultural contributions.  Her story elicited much laughter and applause.

Shadow’s knack for admonishing those who impede a flawless presentation may not have been lost on the audience when Toussaint, in trying to gain the attention of the chatty audience, remarked wryly, “I already told Mayor Bloomberg to shut up so don’t let me have to tell you too…” Delivering a powerful tribute drawing on Shadow’s multifaceted and extensive catalog, he suggested that “at the bass of [Shadow’s] life-work was a commitment to continually challenge us to look in and “Through the Mirror”  and be better than our former selves.” 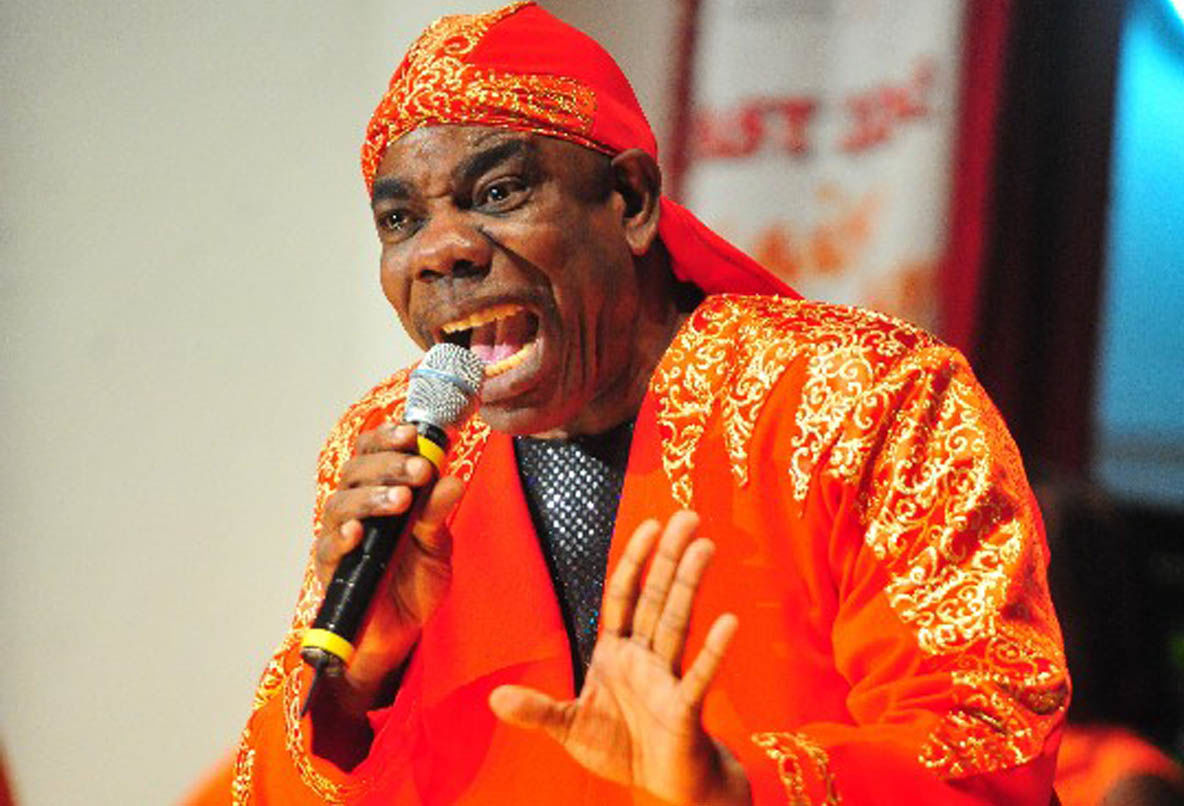 To much applause, Toussaint concluded his remarks with, “Get your well-deserved rest, Dr. Shadow! Plant those peas in beautiful Tobago, knowing that the Bassman will forever live in our heads!” And Eric St Bernard, the officiating MC, in capturing the depth of the presentation, dubbed it “a scholarly research paper!”

This call for documenting and preserving legacy resonates in the remarks of Herman Hall, Shadow’s longtime booking agent/manager, who organized the tribute, “There might be a shrine or monument for Shadow and [his] unreleased music may be released in the coming years.” One can only hope that Caribbean governments are listening!