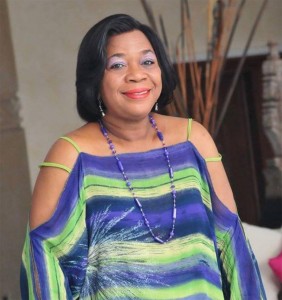 Funeral service for Valerie Harris-Pole of Antigua and Barbuda, who was Executive Assistant to former Prime Minister Baldwin Spencer and managed the day to day operation in the prime minister’s office, will be held on Friday, October 16, at Macedonia Baptist Church in Mount Vernon, NY.

Before she went back to her beloved Antigua and Barbuda in the early 1990s to contribute towards nation building, Harris-Pole resided in Mount Vernon where she participated in community and political events. Valerie Harris played an active role in the election of Jamaican born Ronald Blackwood on January 25, 1985 when Blackwood became the first Black elected mayor of Mount Vernon.

Ms. Harris-Pole remains will be shipped to Antigua and Barbuda for interment. A funeral service will be held at:

Interment immediately after the service

Although she was an active member of the United Peoples Party (UPP), the Opposition Party in the nation’s parliament, many leaders of the Government of Antigua and Barbuda are expected to attend Ms. Pole’s funeral. The famed cricketer Sir Vivian Richards plans to remain on the island to be at his cousin’s final farewell.

While residing in Mount Vernon and working on Wall Street, Valerie Harris became an EVERYBODY’S, the Caribbean-American magazine, contributing editor and organized the magazine’s annual gala dinners honoring personalities such as the late Prime Ministers Eugenia Charles of Dominica and Tom Adams of Barbados.

Her first article, “Women In An Independent Antigua & Barbuda,” appeared in the magazine’s Special Edition of December 1981 commemorating the achievement of independence of Antigua and Barbuda on November 1, 1981.

In 2006, on the 25th anniversary of Independence of Antigua and Barbuda, EVERYBODY’S republished Valerie’s 1981 article. By then Valerie practiced what she preached – She was a role model for women in Antigua and Barbuda and the Caribbean; she was administering the office of then Prime Minister Baldwin Spencer and thoroughly involved in nation building.

Upon returning in the 1990s to an independent Antigua and Barbuda, Valerie Harris accepted employment in the hotel industry. She became active in civic and cultural organizations especially calypso events and carnival pageants.

She soon found herself in the ranks of those opposing the governing party of Prime Minister Lester Bird and his Antigua Labour Party; she worked diligently and unselfishly with Opposition Leader Baldwin Spencer to mold the UPP into a strong, efficient and organized political party and was never disillusioned when the party experienced the agony of defeat in national elections.

Ms. Pole, who by then married Conrad Pole, was an integral part of the team that led the UPP to victory in 2004 giving Antigua and Barbuda its first change of government in almost 30 years.

The UPP remained in office for two terms. Although Harris-Pole was disappointed when the UPP was defeated in the last national election, she felt that the nation had matured into two strong political parties that will lead Antigua and Barbuda during most of the 21st century.

As a political strategist and UPP faithful, Harris-Pole took the high road. She held no grudges against leaders of other political parties. She considered then Prime Minister Lester Bird and the present Prime Minister Gaston Browne her friends but she adamantly opposed their views and fiercely attacked them on the campaign trail.

In late April when doctors in Antigua could not find the reason for Valerie’s pain and discomfort, she came to the US for treatment where she remained until her demise on the 6th of October.

“I am saddened by the departure of my dear friend,” says EVERYBODY’S Publisher Herman Hall. “In the 1980s and 1990s, the magazine helped many but Valerie was one of the very few who appreciated our mission and purpose and publicly acknowledged the opportunity we gave her to practice journalism.”

Hall continues, “Valerie was not only an Antiguan but a genuine Caribbean integrationist. I remembered how she mourned the murder of Maurice Bishop in Grenada and the passing of her friends Tim Hector and Rosie Douglas. In addition to her favorite Antiguan artistes such as King Short Shirt, Swallow and King Obstinate, she loved other Caribbean artistes especially Black Stalin, Sparrow and Shadow. She was passionate about the West Indies cricket teams.

“All her life whether in NY or Antigua, Valerie worked vigorously. Her boundless compassion, energy and enthusiasm were focused on helping others. She energized many with her inspiration and humor.

“Here is an example: In early June, I visited Valerie at Yale University Hospital in Stamford, CT where she was recuperating from spinal surgery. Valerie observed that I was experiencing a medical discomfort. A few days later, I’m in Grenada when I received an urgent message from one of her sisters stating ‘Val is very concerned about your health. She wants you to see a doctor immediately.’

“Here was Valerie who could not take care of her personal needs; she was almost helpless but still cared about me and others.”

Hall continues, “In late August, I visited Valerie at her family home in Putnam County.  There she was trying to be independent and optimistic. She kept hope alive and looked forward to be transported to Lehman College, Bronx, to see one of her favorites, Oliver Samuels.”

Valerie is survived by her husband Conrad Pole, her Daughter Candice Love, her toddler-grandson Luke, her brother, sisters, son-in-law Micah, other family members and friends.